15 injured by man with knife on train in Tokyo 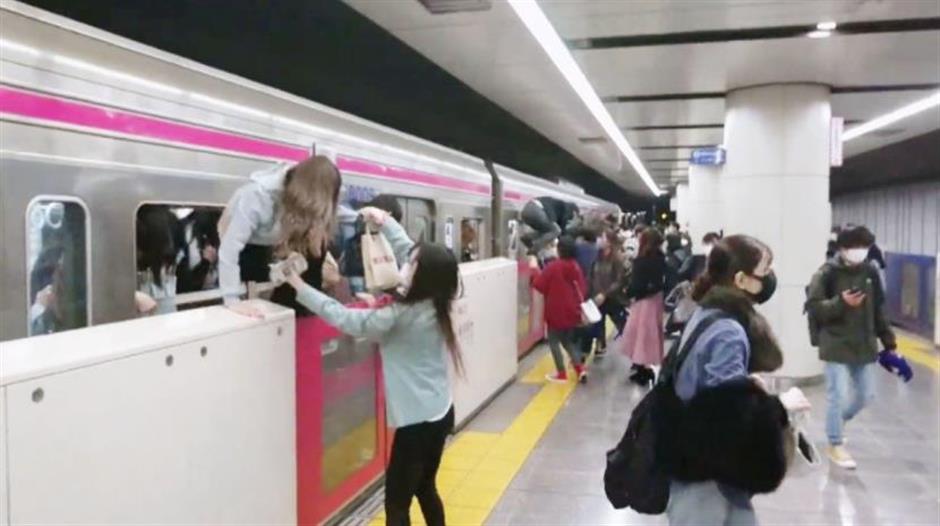 People flee from a Keio Line train at Kokuryo Station in Tokyo on Oct. 31, 2021.

Fifteen people were reported injured in Tokyo by a man wielding a knife on a Keio Line train on Sunday night, according to Kyodo reports.

Among the injured, one was seriously hurt. The authorities immediately took the man in his 20s carrying a knife into custody.

The police are now investigating a report that hydrochloric acid was spread on the train, after receiving a report about the knife-wielding man around 8 pm local time.